Opened in 2013 by husband-and-wife team Brad Benson and Lara Zahaba together with Robyn Schumacher – Stoup is a lifelong dream realized by three friends who love all things food and drink. More than a family-friendly brewery, the taproom is a place that embraces the fundamental essence of beer: a means of bringing people together, one pint at a time. Each of the trio left behind “safer” careers to realize their dream of opening a brewery: Lara, nearly two decades in marketing and PR for wine importers; Brad, a career as a forensic chemist ; Robyn, 13 years as a high school teacher. Collectively, they believe in the community building nature of beer while individually each bring a unique perspective that makes Stoup such a special place.
Ethanol 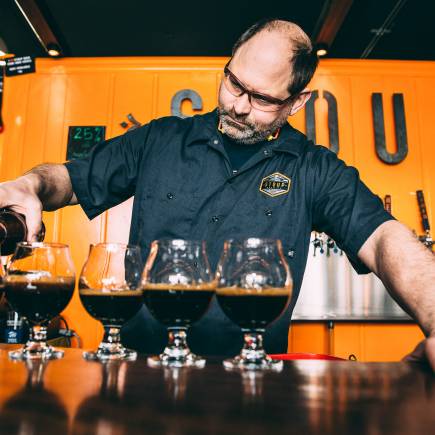 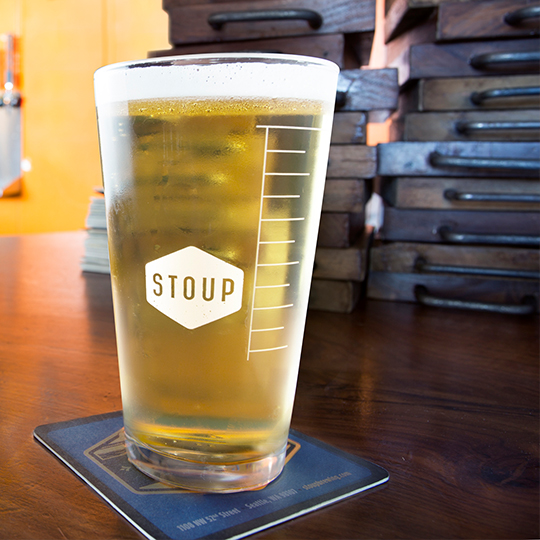 With a science degree, a chemist’s background and a MacGyver-like ability to quickly spot the solutions to problems, Brad has been crafting beer for more than two decades. His brewing experience includes everything from commercial production breweries to brewpubs to startups as well as his home garage. In addition to managing the business, Brad’s workplace duties include directing brewing operations, recipe formulation, over seeing production and packaging; laboratory work; and of course, brewing.

Brad enjoys traditional beer styles, and the histories of German and Belgian beers hold a special place in his heart. When he’s not brewing at Stoup or putting out fires, he’s probably sipping on a Pilsner or an IPA.

1) Scot. and North England. A drinking vessel, as a cup or tankard, of various sizes, as in fill my stoup with Ale!
Water 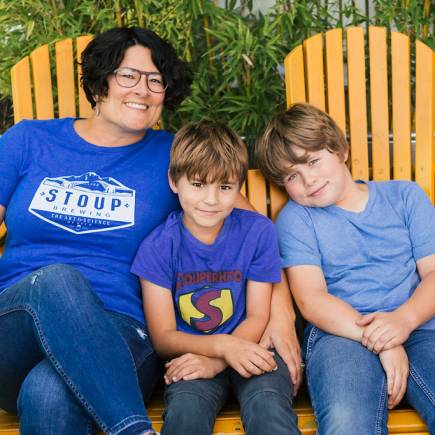 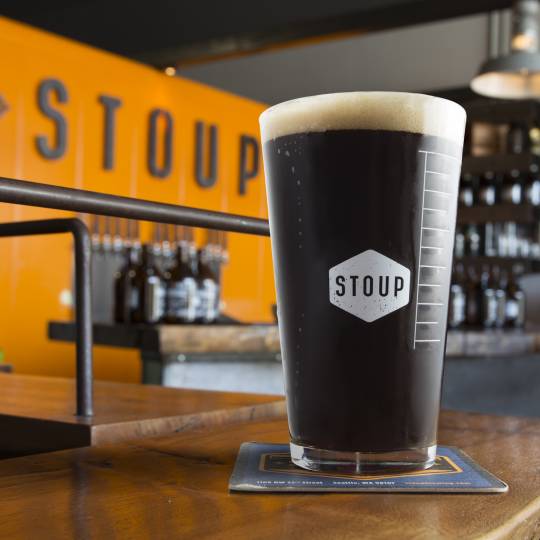 Lara is a lover of all things food and drink, with a strong aesthetic sensibility. From industrial design to branding to fine wine and craft beer, she has an artistic eye and a refined taste. She is the wordsmith, the designer and the creative eye at Stoup: from the taproom, furniture and beer garden space to the merchandise and marketing materials.

With an 18-year background in marketing, public relations and sales at Italian and Australian wine importers, Lara has an English degree, speaks Italian and has lived and traveled extensively abroad. She and Brad have indulged in the world’s greatest places to eat and drink, and turn every vacation into a beer tourism trip. She is particularly fond of pints of ale: from Pales and IPAs to Porters and Stouts.

Lara is also the matriarch and co-conspirator, always encouraging Brad to take leaps of faith and dream big. She balances full-time duties at Stoup with mom duties for their two children.

At STOUP, our craftsmanship is a testament to our commitment to the art and the science of beer.
Myrcene 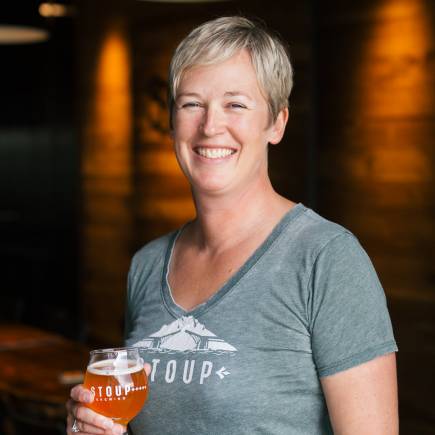 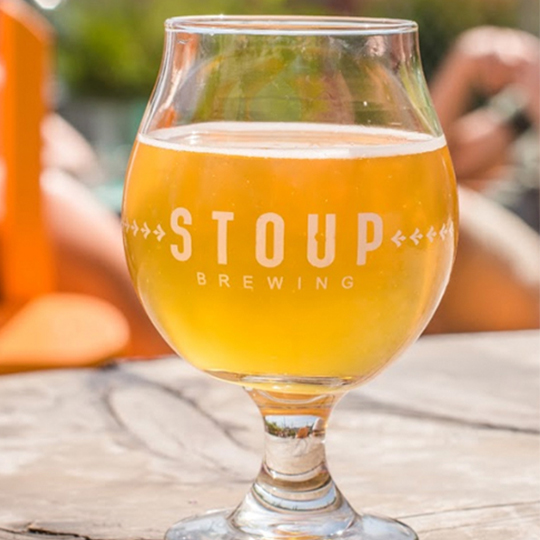 Robyn  was the first woman in Washington state to become a Certified Cicerone (the equivalent of “beer sommelier”). She also spent 13 years as a high school teacher, and her heart for others shines through in her work at Stoup. A natural leader, her excellent people skills extend to both customers and staff, and she is a considerate manager with a quiet sense of humor. Of course, as a former teacher, she’s always got an eye on safety, as well.

Robyn fell in love with beer from her first sip of craft Hefeweizen, enjoyed while studying biology in Montana. She quit her teaching job to pursue her true passion in 2011, and worked her way up through the food and beverage industry, doing everything from slinging tacos in the Marination food truck to bar management to homebrewing.

She and her wife, Kim, were married the weekend before Stoup opened in 2013. When Robyn isn’t brewing Stoup’s award-winning beer or keeping the brew floor humming, she’s sipping one of the many beer styles she enjoys; her go-to beverages are IPAs, Porters and German Pilsners. 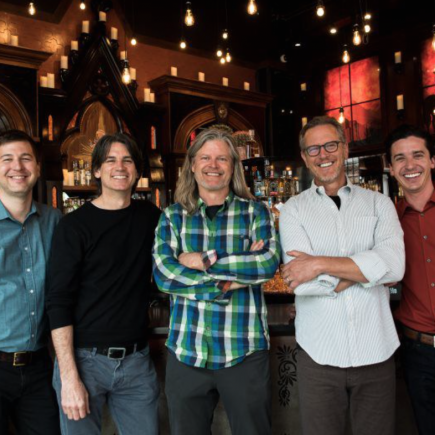 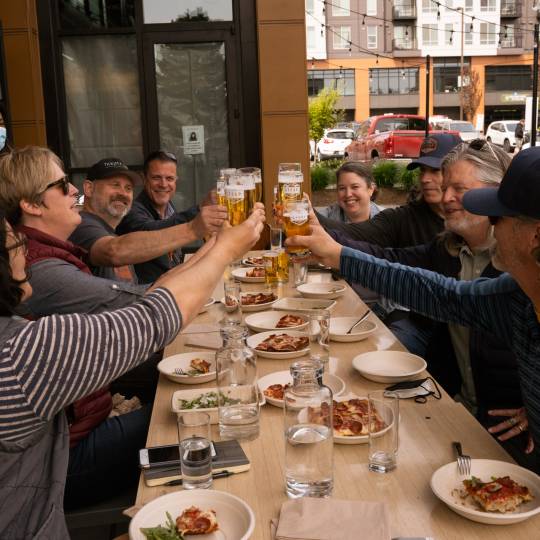 The Weimann Maclise Family of Restaurants is the product of over a decade of creativity and passion that began with two local Seattleites—James Weimann and Deming Maclise. Through many years and friendships James & Deming have brought to life a dozen concepts with various partners along the way. While each restaurant is independently owned & operated, our philosophy of quality ingredients prepared by talented chefs in stunning and welcoming environments carries throughout each of our locations. 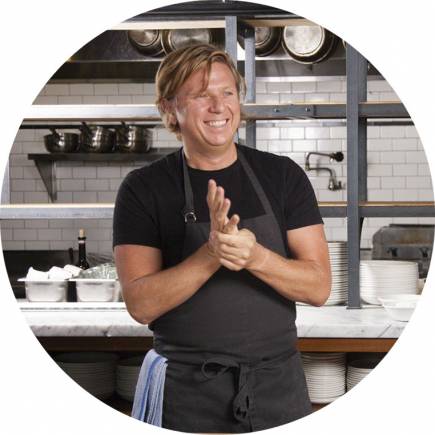 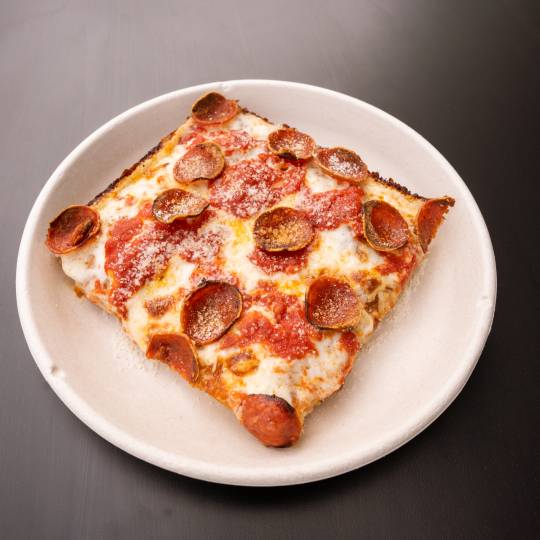 Jason Stoneburner is the chef/co-owner of Stoup Brewing Kenmore. He brings his famous every-piece-is-a-corner-piece pizza slices to join forces with Stoup's brews to transform the traditional brewery experience into satisfaction on every level. Stoneburner is dedicated to procuring products from small farms and thoughtfully sourcing ingredients. He is a proud supporter of the Special Olympics, Seattle Children’s Hospital, FareStart, and charities that encourage sustainable farming and agriculture. In his free time, Jason can be found somewhere along the West Coast surfing or snowboarding.